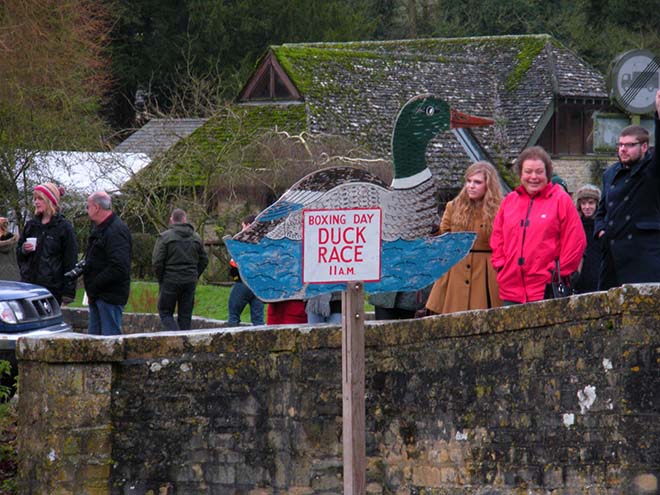 The Cotswolds is renowned for its strange and interesting traditions that pepper the calendar throughout the year.

There’s cheese rolling on Gloucestershire’s notorious Cooper’s Hill, Tetbury’s Woolsack Races and not forgetting the shin-kicking shenanigans of the Cotswold Olimpicks. Most of these take place in the spring and summer, but there’s one annual event that’s become a regional must for Boxing Day – the Bibury Duck Race.

No-one knows the precise heritage of this wonderfully eccentric event, apart from the fact it’s been going on for decades and the local cricket club has something to do with it. Some say it was TV vet Joe Ingles, a former resident of the village, who began the event.

However, it doesn’t really matter as it’s all for charity, and it’s a sport the entire family can enjoy on Boxing Day.

Bibury is halfway between Cheltenham and Swindon and just a few miles north east of Cirencester. It’s a place worth a visit in its own right, having been described by William Morris as “the most beautiful village in England”, by The Huffington Post as one of the most charming towns in Europe and by Fox News as one of the world’s most picturesque villages. 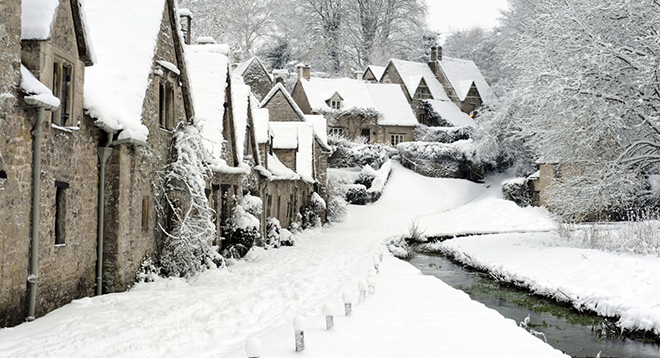 But every Boxing Day thousands of people visit the village for a more raucous pastime than sight-seeing – the Bibury Duck Race on the River Coln that gently flows past the honey-coloured houses. 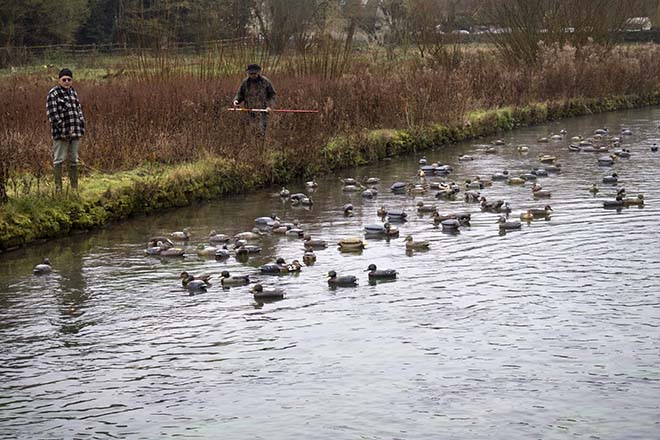 The event kicks off at 11am with the first of two races, which sees more than 150 decoy ducks set adrift, each having been sponsored for £10 a piece mostly by local businesses.

The owner of the winning duck gets to choose the charity they want the thousands of pounds raised to be donated to. 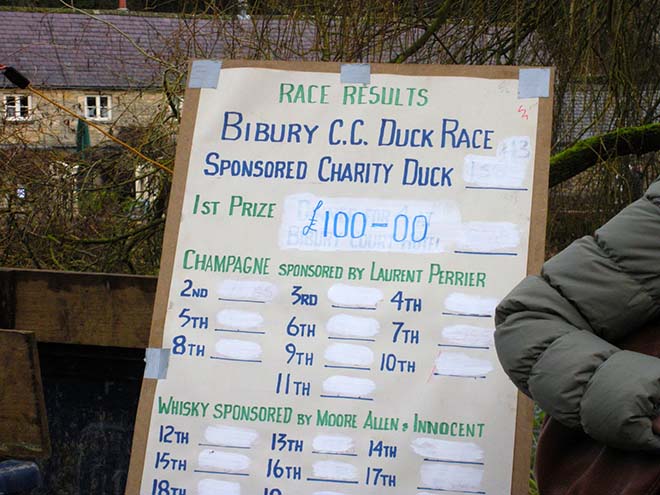 Hot on the heels comes the rubber duck race, where more than 3000 plastic ducks are sponsored for a £1 each, often on the day itself, with the first twenty winners all promised prizes of varying value. 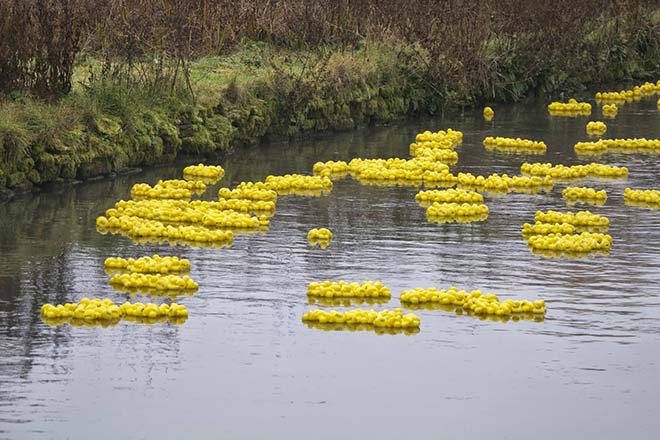 The nearby Swan Hotel sponsors 21 of the ducks in the second race – one for each of its rooms, so allowing guests staying over Christmas to feel like fully-fledged members of the local community. 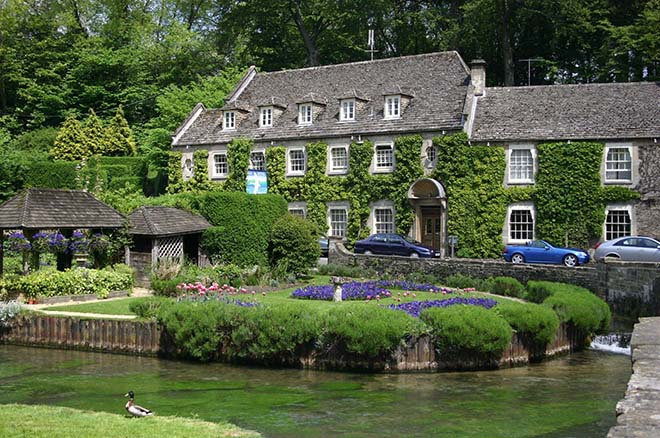 A net is set up at the end of the race to ensure the ducks are caught, recycled for the following year and not allowed to ‘fowl’ up the river further afield. There are also race marshals on hand, knee deep in waders, to help out any real ducks confused by all the antics.

Mince pies and mulled wine are promised by the race organisers, but, if you plan to make a day of it, there are lots of lovely pubs and eateries within the village itself or within a short drive. The National Trust also own a property in the village that’s well worth a visit.

We’d love to include a website address or telephone number for anyone wanting to sponsor a duck or to find out more information, but they seem steeped in as much mystery as the origins of the race itself.

The only thing we can suggest is that you turn up on Boxing Day itself in good enough time to bag yourself a duck or two.